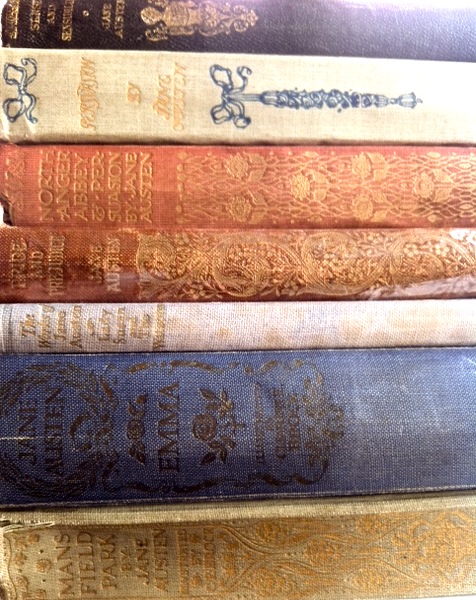 There are many books out there about Jane Austen, some more successful than others. There are the novelty type, which give us Jane’s advice on dating, domesticity, social etiquette and so on, which seem to be largely designed to fill the shelves of charity shops, and there are the very serious literary criticism type, destined to live lonely lives gathering dust in university libraries, as not even die hard fans can be bothered to plough through impenetrably dry paragraphs on the finer details of how Jane uses adjectives or some such similar pedantry. In the middle sit a rare breed of Jane books; those that manage to explore Austen’s writing with critical depth and intelligence, while remaining humorous, engaging and accessible to the common reader. They don’t require a university degree, a dictionary or superhuman levels of patience to decipher; instead, the only prerequisite for their enjoyment is a jolly good knowledge of the texts and an enthusiasm to find out more. John Mullan’s collection of essays is a perfect example of this; it’s wonderfully insightful, brilliantly witty, impressively broad in its scope and full of ‘oh I never even thought of that before but now it all makes sense!’ moments. I have loved every second of reading it, and now I want to read my way through Austen all over again with the insights I have gained. Plus, I want to finally get around to reading the unfinished works…something I have been meaning to do for years!

There are a huge range of essays in this volume, dealing with the meaty topics of sex and money as well as seemingly more trivial issues, such as weather and the seaside. I have preferred exploring these lighter topics, as these are the ones I never gave much thought to before, and which have surprised me with their significance. The seaside, for example, features throughout Austen’s novels; for some it is a more prominent plot device than others, and in the ones where it is only vaguely mentioned, it can be easy to miss its importance. For example, in Emma, Weymouth is the scene of Frank Churchill and Jane Fairfax’s fateful meeting; by the sea, away from their usual environment and, perhaps, buoyed up by the good spirits one often has when on holiday, they have turned their backs on the usual restraints of society to undertake a very risky secret engagement. In Pride and Prejudice, not only does Georgiana Darcy get whisked away to the seaside to be taken advantage of by the dastardly Mr Wickham, but Lydia Bennett does too; in Brighton, away from her family and influenced by the heady atmosphere of a holiday resort, she is induced to run off with Wickham, who has absolutely no intention of marrying her.  In Persuasion, Lyme is an entirely respectable place to visit, but Louisa Musgrove’s foolish behaviour, perhaps induced by her high holiday spirits, turns her seaside holiday into a disaster. However, this episode is the event on which the whole novel turns; after all, as Wentworth says, ‘no one is so capable as Anne’ when it comes to dealing with a crisis. It allows Anne to demonstrate her best qualities, and Wentworth to be reminded of them once more. The seaside is often not seen but frequently heard in Austen’s novels; as a location, it serves a vital purpose, and the astute reader should prick their ears up when they see it mentioned, as it usually imports a plot twist ahead.

What of the weightier topics? Well, money fascinated me; I had never thought of it in these terms before, but Mullan spells it all out so clearly – isn’t it intriguing how everyone in Austen’s world knows exactly how much everyone else is worth? In today’s society, the discussion of personal wealth is a bit of a taboo, and certainly in Britain, it’s considered crass to discuss your earnings. In Austen’s day, people’s fortunes were public knowledge. Emma knows that Mr Elton has only proposed to her because she has £30,000. In Pride and Prejudice, everyone knows Wickham has dumped Elizabeth for a Miss King because she has come into £10,000, and Mr Bingley and Mr Darcy’s fortunes are accurately calculated and delighted over by Mrs Bennett. In Sense and Sensibility, John Dashwood knows just how much his stepmother’s income is, and can calculate down to the penny how ‘comfortable’ she and his half sisters will be without him having to cough up any cash. Austen is incredibly precise about amounts; in doing so we can well understand that Austen’s contemporary readers would have known just how much these amounts signified, and that they would have been able to make judgements about characters based on these. For example, when Tom Bertram says that the cost of the theatre production in Mansfield Park is ‘only £20’, the contemporary reader would know that this would be a yearly wage for the average working class man. This kind of thoughtless extravagance reveals much about Tom’s personality and fecklessness that today’s reader would perhaps miss. Purchases are also important; the crucial carriage Mr Perry is thinking of buying in Emma would have cost around £1,500 and marked him out as a very well to do gentleman. Mr Perry’s ability to buy a carriage demonstrates just how well he does out of his wealthy clients, and leads us to wonder how much of his attentiveness is down to true compassion.

There are so many fascinating insights throughout the twenty essays in the book that I could go on picking out examples and discussing them for weeks. It’s just the sort of literary criticism that I love; illuminating, intelligent and thought provoking with exactly the right hint of humorous gossipiness to allow it to be a book I can still quite comfortably read at bedtime. I have been reading a chapter a night for the last couple of weeks and I am sorely sorry to have finished. However, I know this will be a book I shall dip in and out of frequently, as it is an invaluable companion to reading Austen, which, as every discerning reader will, I am sure, agree – should be done as often as possible. Forget all of the novelty Jane essay compendiums; this is the only one you need. If you’ve still got time to put this on your Christmas list, please do – it really will be your most treasured present! Talking about presents, this was a present to me from the lovely Jane Brocket; thanks very much Jane! 🙂