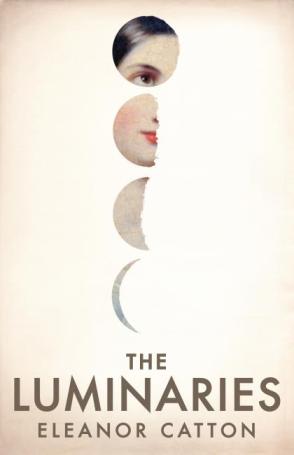 Well, I finally finished. Seven weeks of my life was spent reading this book; I wish I could say it was worth it, but I don’t really think it was. I closed the pages for the last time feeling absolutely furious. I felt like I had been cheated out of my right as a reader; to be left enriched and satisfied with the story I had been given. That’s the whole point of reading a book, isn’t it? I don’t read novels to be merely impressed by artistry or wordplay; I read them to become invested in the world created within the pages, and engrossed in the journey the characters find themselves embarking upon. I want to be moved. I want to be inspired. I want to be transported. I don’t want to waste my time on an experiment in style that promises so much and yet ultimately delivers nothing. Eleanor Catton is such a brilliant writer; her ability to recreate the voice of a 19th century novelist and manage the mind boggling complexity of a huge amount of multi stranded and circuitous plot lines is nothing short of genius. However, somewhere along the way, the emotion, the power and the passion of true storytelling managed to bleed off the pages, leaving just pretension behind.

The story is set in the 1860s, in Hokitika, New Zealand. A town in its infancy, it has been built to serve the needs of the men who have come from the far corners of the world to seek their fortunes on the gold fields. One of these such men is Scottish twenty something Walter Moody, who is escaping a family fall out and seeking a new start in a life he has largely found disappointing. He stumbles off the ship that has brought him to Hokitika and straight into a bar on a fateful night in January; for he walks into a conference of men gathered to discuss their roles in a mystery that has had the whole town talking. A dead hermit. A suicidal whore. A missing young entepreneur. A hidden fortune. All connected, but how? Gradually, over the course of 800 pages, through the various viewpoints of the implicated participants in the events, the mystery will be unravelled. This is done in twelve parts of diminishing lengths, designed to reflect the twelve signs of the zodiac.

The premise of the novel is fascinating. The setting and characters are original, varied and colourful. There was so much potential material to explore. What did it feel like to board a ship for a new life, knowing you’d never return? What was it like to be lonely and afraid in a new country, with nothing and no one to your name? What did Anna Wetherell, the exploited prostitute, feel when she realised she had walked into a trap as soon as she stepped onto New Zealand soil? How did the Maoris feel at having their country taken from them? What conflicts did this cause? The emotional depths that could have been plumbed! The stories that could have been told! But this was not Catton’s desire, clearly, for The Luminaries‘ focus is on plotting, not emotion. We never really get to see inside the characters’ heads, or understand where they have come from or where they are planning on going. There is very little character development at all, actually, and this was the ultimate disappointment of the novel for me. So much was left unsaid, and it felt like such a waste.

I want to write more about The Luminaries, as I feel I need to justify the amount of time I spent on reading it to some extent, but the plotting is so dense and so dependent on its slow and often surprising revelations that to say any more would ruin the reading experience of anyone dedicated enough to tackle it. The mystery at the novel’s core is kept tantalisingly at arm’s length throughout; everyone has to have an opportunity to share their tiny piece of the jigsaw before any clarity can begin to be achieved, and even then, as the story progresses, previously divulged details take on a changing significance as further colour is added to the picture by a later contributor. It’s all very intricate, and there are quite a few moments when threads finally come together and you get to have an ‘aha!’ moment, but the final pages end up leaving more questions than answers, which for me, defeated the entire purpose of the novel as a mystery. What’s the point in a mystery with no real resolution? What’s the point in characters who never really come to life? What’s the point in brilliant, clever writing with no emotional depth to  support it? What’s the point of an incredibly convoluted plot that is designed around the conceit of astrological charts when astrology plays no real role in the novel at all? I can’t deny that Eleanor Catton is phenomenally talented. But this is just the sort of novel someone with an MFA would write; technically brilliant, but so wrapped up in conceit that it becomes self indulgent, meaningless and lacking in any soul. It’s too clever for it’s own good, and as such, doesn’t really provide a pleasurable reading experience. Not a prize winner in my book, I’m afraid.

View all posts by bookssnob