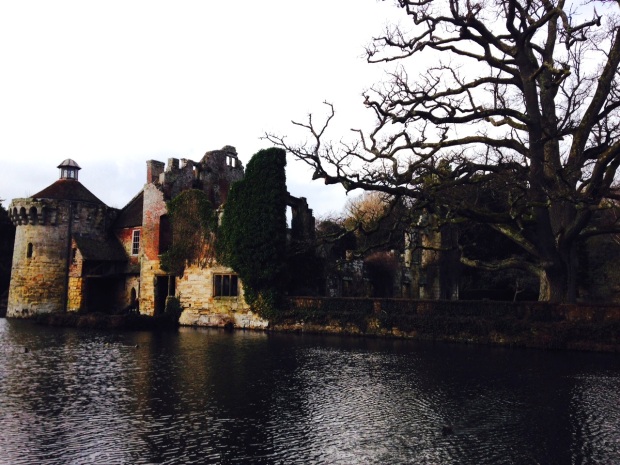 A sunny day has become as rare as hen’s teeth in these parts, and so when the sun came out last week, I was straight in the car. My destination was Scotney Castle; a beautiful National Trust property deep in the heart of the Kent countryside. I’ve visited before, but not for a long time, and I was absolutely enchanted once again by the beauty of this gothic house surrounded by gorgeous gardens in which stands a half ruined castle. It is truly the stuff of which dreams are made on.

The house itself was only left to the Trust in 2007, after the death of its last owner, and it was her wish that the house was left as it was without any dressing up. As such, the rooms have an air of being just vacated; there is so much life still throbbing within their walls. This is what is so lovely about Scotney Castle; it is very much a family home and does not have the preciousness or pretention that makes most stately homes feel cold and clinical. The downstairs rooms retain much of their original Victorian decoration, but they are cosy and well furnished, filled with a mixture of unostentatious antiques and modern knickknacks. There is a fabulously retro 1950s kitchen that wasn’t open last time I visited, and I very much enjoyed having a poke about in the kitchen cupboards where the collection of mugs was much more down to earth than the usual fine porcelain found on display in a National Trust property.

Upstairs stylish 1950s bedrooms sit alongside high Victorian Downton Abbey-esque suites fit for grand visitors, as well as a pretty shocking pink bathroom that was probably de rigueur in 1950 but now looks like an estate agent’s worst nightmare. Much to my delight there were books in every room, and plenty of my favourite authors were amongst them. I had to resist all of my urges to slip a volume discreetly into my handbag. The last owners of Scotney Castle certainly had good reading taste!

The real joy of the estate lies outside, however; no room in the house could possibly outdo the magic of finding a fairytale castle at the bottom of the garden. It was artfully dismantled by the man who bought the estate in the 1830s, as he wanted it to lend a romantic backdrop to the new house he was having built further up the hill. It really is surreally beautiful; something more at home in a Victorian children’s book illustration than the Kent countryside. There’s not much to see inside, but there are some lovely views across the grounds from the tower rooms, and when you look down, it feels like you are about to float away into the distance. 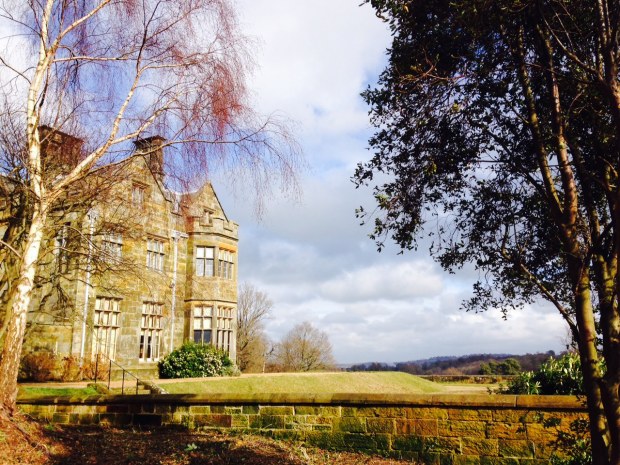 If you’re ever in the area, I highly recommend a visit. Scotney Castle is a short drive from many of Kent’s finest historic towns, as well as Sissinghurst, which is a must-see in the summer when all of Vita Sackville-West’s roses come out. This is the enchanting, chocolate box England that you find on postcards; it really does have to be seen to be believed!