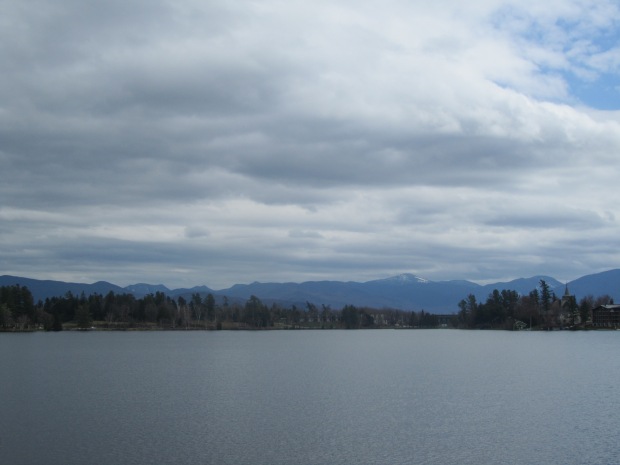 I’d been looking forward to reading this book for ages. I adored Marilynne Robinson’s Gilead trilogy of novels, which are the most beautiful, lyrical, heartrending pieces of prose I’ve ever read, and I had been saving up Housekeeping as a special treat. I’ve been finding it quite difficult to read lately, which is a strange experience for me; I think my mind has often been too full of other things to be able to allow myself to detach from my own existence. Therefore, I plucked Housekeeping off the shelf a couple of weeks ago in the hope that it would reinvigorate my imagination. As I expected, I was met with absolutely exquisite writing, but unfortunately, I found I couldn’t connect with the characters or their stories at all. Unlike the Gilead novels, all of which have very strong narrative voices, Housekeeping‘s narrative voice is much less well-defined and the characters, I thought, were rather undeveloped, which made it difficult to understand and believe their actions. In many ways, the novel’s setting is the main character, and I suppose it could be argued that the human characters are not particularly well drawn because they are periphery to their location. They are shadowy, rather powerless figures, acted upon by the pervasive influence of the haunting lake at the heart of the eerie, sprawling town of Fingerbone, and lost amidst the whisperings of the past that float in the air above this town that is both beautiful and destructive. As one would expect of Robinson, it all feels rather Biblical; the town is regularly flooded, at its heart is a lake that seems to harbour sin and temptation (the train buried in its depths is perhaps a metaphor for the destructive powers of modernity, namely industrialisation and materialism, on the human psyche) and the main character, Ruth, embodies the unquestioning devotion and self sacrifice of her Biblical namesake, following those she loves without a thought for her own desires. Overall, it is a strange, unsettling tale and I really wasn’t quite sure what to make of it.

The essential story at the heart of the novel is that of Ruth and her sister Lucille, whose mother, Helen, leaves them at their grandmother’s house in the rural, lakeside town of Fingerbone before driving her car into the lake for no known reason. This is a tragedy that is not without precursor in the family; Helen’s father was drowned when his train plummeted off the bridge across Fingerbone’s enormous lake some decades previously. The train was never recovered, his body never found, and Helen’s mother was left to bring up her three daughters in the shadow of a legend that continues to haunt this small, sodden, poverty-stricken town of people who have had to grow too used to hardship. The girls’ grandmother, broken by the loss of all three daughters from a home that was never filled with anything but love and comfort, dies not long after Helen, and the girls are left to be brought up by Sylvie, Helen’s long-lost sister, who breezes back into Fingerbone after spending her adult life wandering away from her roots. Sylvie does not understand how to live a conventional life, and has no real wish to; she loves her nieces, but Lucille in particular is embarrassed by her strange behaviour and both girls are perpetually terrified that she will disappear again, wont as she is to sleep in her shoes. As the girls grow older, Sylvie’s inability to provide a normal home environment starts to push the sisters apart, with placid Ruth remaining loyal to her aunt while Lucille begins to view Sylvie with contempt as she strives to become like the other girls at school, who have ordinary mothers and fashionable clothes and enough money to go for milkshakes after school.

What is home? What is family? What are the ties that bind us to people and places, and what does it mean to leave them behind? Robinson asks all of these questions while writing a fluid and mesmerising vision of a waterlogged world filled with love and longing and sadness and frustration. I was impressed by the prose, and loved rolling Robinson’s words over my tongue, but there was something missing that made it quite an unsatisfying read. I think, ultimately, I didn’t care enough about any of the characters, and that made me feel disconnected from the events. I couldn’t become absorbed in the world created for me on the pages, and I was left feeling rather chilled and disturbed by the vision of Fingerbone and its people. Perhaps that was Robinson’s intention, but still. It didn’t sit well with me, somehow. I’m glad I read the Gilead trilogy first, because I’m not sure I would have tried Robinson again after reading Housekeeping. That would have been a great shame, as it would be hard to find more beauty, humanity and emotion in a book than you do in Gilead. If you’ve never read any Robinson, definitely start there first.