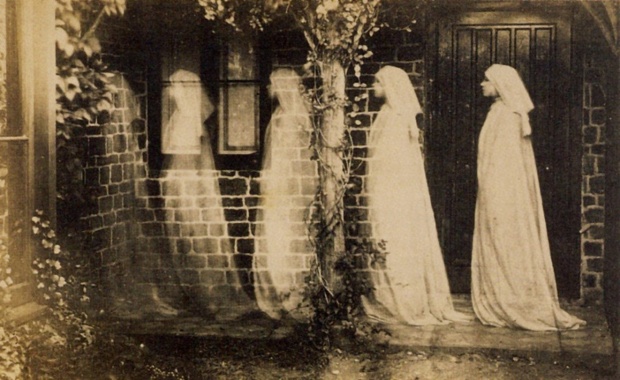 We recently started a staff book club at school, and I’ve enjoyed reading books for it that I either wouldn’t ordinarily have tried, or have been thinking about reading but would have remained on the back burner for years until I finally got around to them. The Silent Companions was chosen for our December book, which is one I’d seen in book shops and thought about trying, as I do love a neo Victorian thriller, so I was pleased to have the push to finally pick it up.

It starts with what has become a bit of a tired trope, in my opinion, when it comes to neo Victorian novels: a woman is in an asylum, and she doesn’t remember what happened to her – is she guilty of some heinous crime or has she been wrongfully imprisoned, the victim of a wicked male relative who wants her tidied away? Elsie Bainbridge, as it turns out, has had a pretty shocking time of it; she’s covered in horrific scars from having been burned in a fire, and has lost both her memory and her power of speech. All she knows is that people call her a murderess, and that she has supposedly done something terrible, but she has no idea – and has no desire to remember – what this is. Helpfully a kindly doctor who is more enlightened than the rest decides to try and help Elsie recover her lost memories, and equipping her with a chalk and slate, encourages her to start telling her story.

This therefore allows us to go back to the time before the accident, when Elsie, newly widowed after the sudden death of her husband, goes to live at The Bridge, his dilapidated and unsettling ancestral home that has been shut up for some years. Rupert had wanted them to live there together, with the child Elsie is now carrying, but while there to get the house suitably fitted up for his new wife, he dies in his bed, leaving Elsie bereft and determined to carry out his wishes by bringing up his child in the home that he had wanted them to share. However, on arrival at The Bridge, it is clear that there is a good reason why the family have never wanted to live there. The local village is destitute and yet no one will come and work at the house thanks to rumours of mysterious deaths and supernatural happenings. The housekeeper, Mrs Holt, laughs it all off as local superstition, but at night, Elsie hears strange sounds of hissing in the garrets, finds sawdust on the floors, and notices that on Rupert’s corpse, there are splinters. When she forces open the door of the locked garret above her room and finds a creepy lifesize figure of a girl that looks startlingly like a blend of her and her husband, she is terrified, but Rupert’s cousin Sarah, who has come to live with her, loves it and insists on it being taken down into the house as a decoration. Sarah also happens to find, just lying in the garret, the diary of her ancestor Anne Bainbridge, who was alive during the reign of Charles I and rumoured to be a witch, and within its pages they discover that it was she who bought the wooden figures, called ‘companions’, as a conceit to entertain Charles I and Henrietta Maria when they honoured The Bridge with a visit.

Soon, however, the one companion they found transforms into many; they start popping up everywhere, and seem to be able to move themselves. Elsie and Sarah become terrified, and convinced that the maids and Mrs Holt are playing tricks on them. Sarah keeps reading the diary, to try and find out more about their origin, and as more is revealed about the history of the Bainbridge family, it becomes more and more obvious why the house is so hated by the locals. Anne Bainbridge was a witch, and her daughter, Hetta, conjured up by magic when she was told she could have no more children naturally, was born a mute, with a deformed tongue. It was this child who loved the companions and had them as her playmates, but, living at a time when a deformity was a source of shame, Hetta was rejected and despised by her father and so carried a hidden well of hatred towards others in her heart. As the companions multiply and start to terrify the maids too, the house seems to be becoming possessed by them and some sort of dark force that Sarah seems to think originated from Anne Bainbridge. But with Mrs Holt, and Elsie’s brother Jolyon insisting on the women being hysterical, and Mrs Holt suggesting that there was nothing wrong with the house before Elsie arrived in it, Elsie’s sanity begins to be questioned. Are the companions real, or are they just a figment of a disturbed imagination? But if Sarah can see them too, and the maids…could there be someone else involved, who perhaps has their own reasons for wanting Elsie gone?

There is much more to the plot than this, and various back stories that never quite come together and have the significance I was expecting them to. Elsie and her brother own a match factory, for example, and I was waiting for there to be a connection between the wood and sawdust of the factory and the wood and sawdust of The Bridge, but nothing comes of this. There are also vague murmurings of childhood abuse which again don’t really come to very much – there is a thread of women being dominated and abused by men, but it rumbles along under the surface with such a whimper that I didn’t really see the point in it having been included at all. I did see the ending coming, and it didn’t pack the punch I think the author intended because of it, but it was still quite an interesting twist. Nonetheless there were a lot of unanswered questions and unresolved plot threads, and I didn’t find it half as chilling and creepy as I wanted to, largely because I found the concept of moving wooden figures terrifying people faintly ridiculous. I mean, quite frankly, you’d just leave the house, surely, if you were finding weird moving-eyed figurines jumping on you around every corner?! The plot hinged around people behaving in unrealistic ways and in objects that were hundreds of years old still happening to be conveniently lying around in obvious places, so after a while I was reading just to get to the end, but I was sufficiently intrigued and entertained to want to get there. It’s not a great example of literature – the poor attempt at nineteenth century and seventeenth prose did grate rather – and is certainly not of the standard of the likes of Sarah Waters, who handles this sort of thing with such skill and eloquence – but it’s the kind of undemanding book that is actually perfect for book clubs where you’ve got a range of people with different tastes – it’s good fun, filled with plenty of action, and has plenty of plot points to pull apart in discussion. And according to the amazon reviews, loads of people loved it and were terrified by it, so maybe it was just me who found it a bit of a damp squib! I’d love to hear if anyone else has read it!