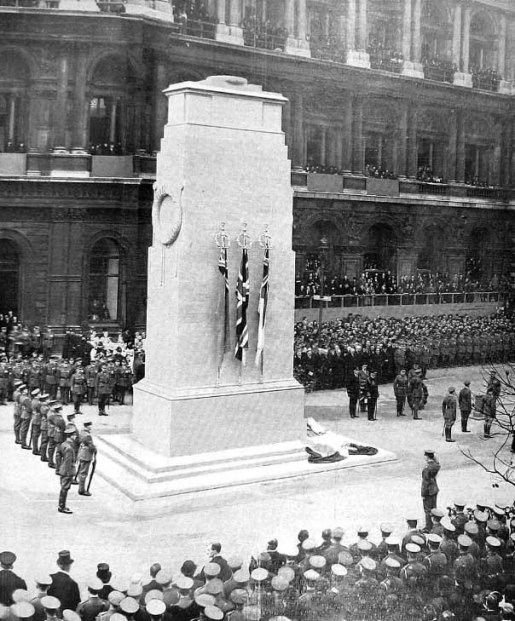 This is such a brilliant book; one that is both beautifully written and emotionally involving, with a fascinating plot and wonderful characters who pluck at your heartstrings on every page. There are plenty of modern novels out there that try and recreate the experience of war, and many of these have become modern classics – Birdsong and the Regeneration trilogy probably being the most well known. However, what makes this revisiting of WWI so interesting is that it sets itself just after the war, in 1920, in the week leading up to the burial of The Unknown Warrior in Westminster Abbey. The battlefields here are not those infamous mud-sodden tranches of France and Belgium, but the homes of three London women who have lived through the war and are still fighting with its aftermath. This is a time and an experience not often written about, and I found it absolutely fascinating and thought provoking to consider the profound change that the war brought to so many people’s lives, whether they lost someone they loved or not. Hope explores the impossibility of resuming a normal life after the emotional and physical toll of living through such horror and grief for so long, and through drawing together the lives of three seemingly disparate women dealing with very different circumstances, she allows us into the world of a battered country whose people were still reeling from the shock of the war, two years after ‘victory’ had been won.

Ada is a middle aged housewife in Hackney, her world seemingly preoccupied with her cleaning, shopping and husband Jack, who spends most of his time at his allotment. She has lived her entire married life in her house, content with the little she has, happy in her marriage and in her close circle of neighbourhood friends. However, the visit one morning of a door-to-door salesman, a former soldier, reveals the deep tragedy of Ada’s life. He seems to want to tell her something about her only child, Michael, who never came home from the war, but he leaves, frightened, before Ada can question him further. Three years on, she still doesn’t know how he died, and this haunts her; she sees him everywhere she goes, and cannot let go until she knows his fate. Across town, in leafy Primrose Hill, Evelyn, a 29 year old ‘spinster’ from a wealthy family, shares a flat with her best friend and works in the Pensions office responsible for handing out money to ex-soldiers. She is deeply unhappy, still grieving the death of her fiance at the Front, and unable to move forward with her life or take any joy in her existence. Her job, dealing with the emotion and anger of soldiers reduced to nothing to live upon, depresses her even further. However, one day, a man comes asking not for money, but for information about his old Captain. Evelyn is shocked to hear him name her brother, who survived the war but came back an utterly changed man, and seems to spend most of his days soaked in whisky. Initially Evelyn refuses to help, but horrified that her brother may have committed an atrocity in battle, she determines to seek out answers. Meanwhile, Hettie, a teenage dance instructress at the Hammersmith Palais, is trying to find love and laughter amidst a world of broken men and despairing women. Her father is dead, her brother incapacitated by the horrors of what he experienced and her mother lost in grief. Her home in Hammersmith has lost any life and she is desperate to escape, but the strict confines of her mother’s rules and the financial dependence her family now has upon her prevents her from living the life she wants. One night, however, a handsome man asks her to dance at a shady nightclub in the city. Attracted by his cool, mysterious demeanour, Hettie can’t resist the chance to get to know him better, in the hope that he might be a ticket to a new start.

Meanwhile, the process of choosing the body of an unnamed soldier and bringing it back home is ongoing in France, and the anticipation in London is building. For so many people who have never seen the bodies of their dead, or where they are resting, this is a deeply personal event; a chance for them to say goodbye, to grieve afresh, to experience the funeral they never got to give their boys. For the men who served and returned, it is a chance for them to weep for the comrades they lost, and acknowledge their grief publicly, perhaps for the first time. A nation in mourning looks to the body of this poor soul as a way to achieve a collective catharsis; a chance to put the lid on the war once and for all, and to move on, together, to a better future. For Ada, Evelyn and Hettie, The Unknown Warrior has an indidivual significance, and each will wrestle with their desire to both go and watch the ceremony, and to stay away, as they confront the grief his burial resurfaces, and consider how to allow themselves to find happiness again.

This is such a remarkable book that brings the period to life through its troubled characters and the drab, dismal setting of a scarred and dirty post-war London, filled with unemployed men and grey-faced women lost in a world that has become so different from the one they used to know. It is beautifully and inventively written, adding something unique and genuinely enlightening to the canon of contemporary historical fiction. I was delighted by how much I enjoyed it, and it is particularly promising that this is Anna Hope’s debut novel; I can’t wait to see what she writes next. Wake is not one to miss, and in the centenary of WWI, essential reading.