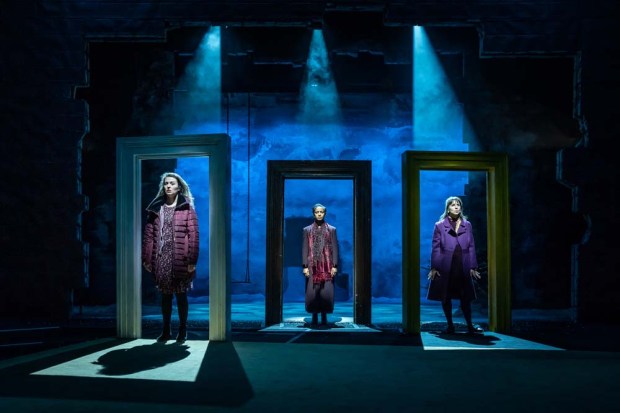 It’s been a stormy month so far, and staying indoors has been a necessity to escape the seemingly endless wind and rain. Weather like this make me so grateful for living in London, where there’s always something interesting going on under cover, no matter what your interests. Museum-wise, I very much enjoyed the current exhibition at Two Temple Place, William Waldorf Astor’s intriguing house on the Embankment. They only ever mount one exhibition per year, and it’s always made up of loans from regional museums. I love this concept as it brings objects that would otherwise remain hidden from wider public view into the spotlight, and enables them to be placed within wider cultural, social and historical narratives. I’ve never been disappointed in a Two Temple Place exhibition since they opened around a decade ago, and Unbound: Visionary Women Collecting Textiles is no exception. It showcases collections of female textile enthusiasts from the nineteenth century to the present day, and not only are the textiles fascinating – from exotic dress to everyday costume, furnishing fabric designs to patchwork quilts – but the stories of these women’s lives – from nineteenth century spinster adventurers to twentieth century pioneers –  and the inspiration behind their passions are, too. I learnt a huge amount and so enjoyed the opportunity to get up close to some absolutely exquisite textiles. If you are in London from now until the end of April, I highly recommend it – and what’s more, it’s free!

Nora at the Young Vic was my theatre outing of the month – I absolutely loved this updated take on Ibsen’s A Doll’s House. With three Noras – one from 1918, one from 1968, and one from 2018 – on stage all at the same time, and just one husband (which was a very difficult role to play, as he had to essentially play three people at once, and the actor, Luke Norris, did it very well indeed – Dr Enys of Poldark fame!), it explored how women’s experiences really haven’t changed all that much over the past one hundred years. I loved the use of choral techniques at various stages in the narrative to emphasise the links between the women, and the actresses did a marvellous job of expressing Nora’s strength alongside her desperation and vulnerability. The staging was sparse – which is my preference, as then the focus is all on the characters – and the short running time with no interval allowed for an emotional immersion in the story with no distractions or interruptions. There were quite a few gasps from the audience throughout – something I always love, as it shows how involved with the story everyone is becoming – and I left the theatre with plenty to ponder. It’s a real must-see, and there are plenty of tickets left – the run finishes at the end of March, so if you can make it, please do go!

Finally, when I was at the Barbican two weekends ago, I happened to see a poster for an upcoming concert – the world premiere of Max Richter‘s new piece, Voices. Max Richter is one of my absolute favourite contemporary composers, and hoping I hadn’t left it too late, I went straight online to try and book a ticket. I was enormously lucky to get one of the last ones, and I went on Monday night to listen to what was an absolutely transcendent, mesmerising and incredibly moving piece of music that is inspired by the UN Declaration of Human Rights. Max Richter’s music always manages to speak to me in such a profound way, and I certainly wasn’t the only person in the audience who was moved to tears. Unfortunately it was only a two-night run, but it will be performed again in Paris in May if you happen to be around – the link is here. I’m quite tempted to book a trip so I can hear it again!

I’m off to see the new film version of Emma this afternoon – I’ve read mixed reviews and am intrigued to see what I make of it. Top marks are deserved – from what I can tell from the trailer – for the costumes, certainly, but as for the rest – hopefully I won’t be disappointed! If you’ve already seen it, what did you think?